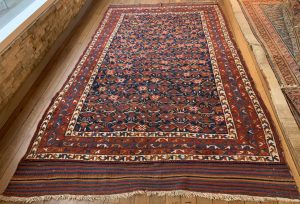 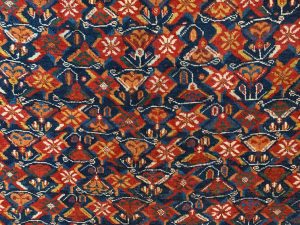 The Afshar are a turkic speaking tribe which incorporates both settled and nomadic people. They are of Central Asian stock and migrated, probably in the 10th and 11th centuries, to the province of Azerbaidjan in the northwest of Persia. Being Turkish and sympathetic to the rising empire of the neighbouring Ottoman Turks, they were seen as a threat to the stability of the Persians under Safavid rule. The Safavids, initially under Shah Tahmasp in the 16th century, saw fit to banish them to other parts. Whilst some groups later settled again in parts of north Persia and Turkey, the group best known for its fine carpets still inhabits the area south of Kirman in southern Persia. 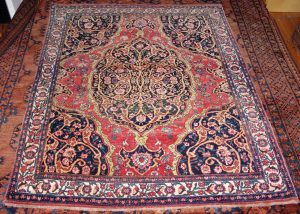 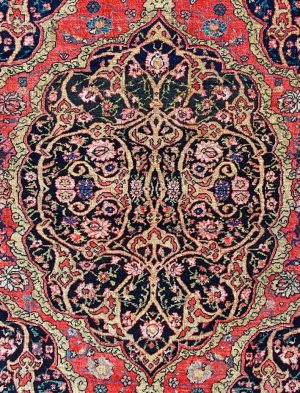 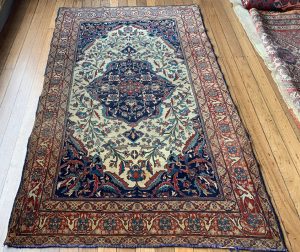 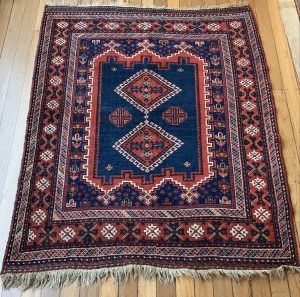 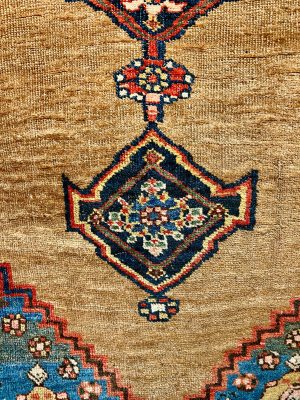 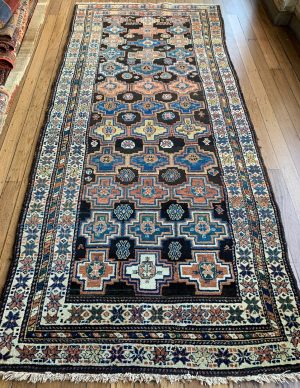 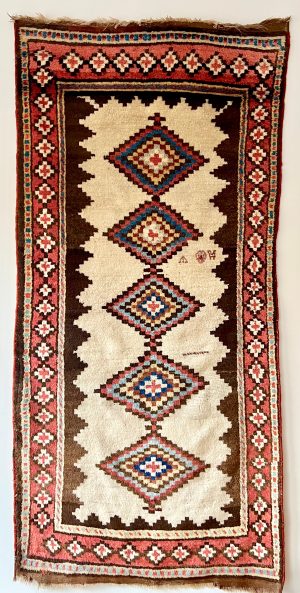 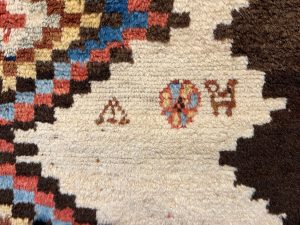 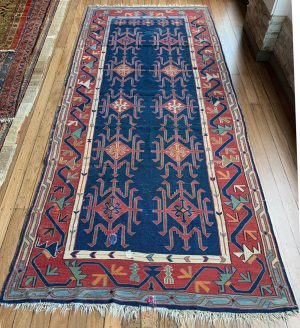 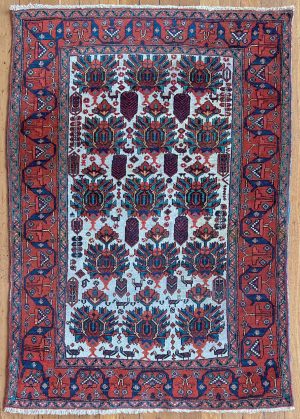 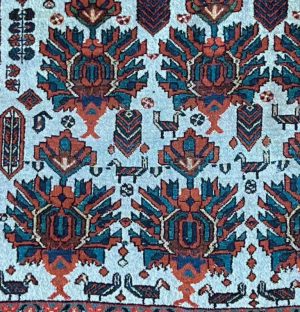