The Afshar are a turkic speaking tribe which incorporates both settled and nomadic people.
They are of turkic stock, originally from the province of Azerbaidjan in the northwest of Persia, and are believed to have been dispersed initially by Shah Tahmasp in the 16th century and subsequently by other rulers who also saw them as a threat to their own stability.

Whilst some groups later settled in other parts of north Persia and Turkey, the group best known for its carpets inhabit the area south of Kirman in southern Persia.
The principal field motif, the stylised floral bouquet, is probably a device borrowed from neighbouring town workshop carpets of Kirman. 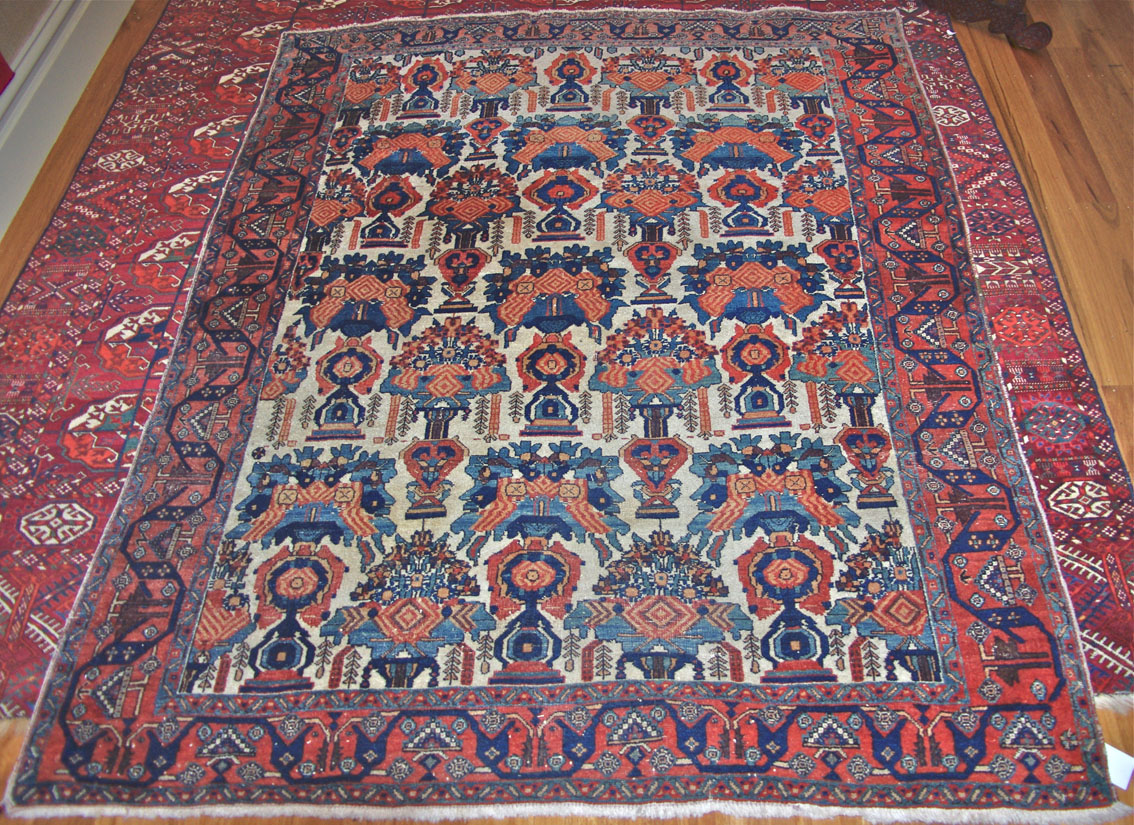