Until the early part of the 19th century, carpets made in India were mere shadows of their magnificent predecessors made in the Mogul court workshops.
With British rule in India came a demand of higher quality carpets to cover Victorian floors and an infrastructure to handle export.

The Great Exhibition of 1851 in London gave tremendous impetus to Indian goods especially textiles and carpets.
Most of this burgeoning cottage industry was centred around Agra and Amritsar in the north.
It is widely believed that many of these carpets were made in jails but more recent surveys show there were many well managed factories. 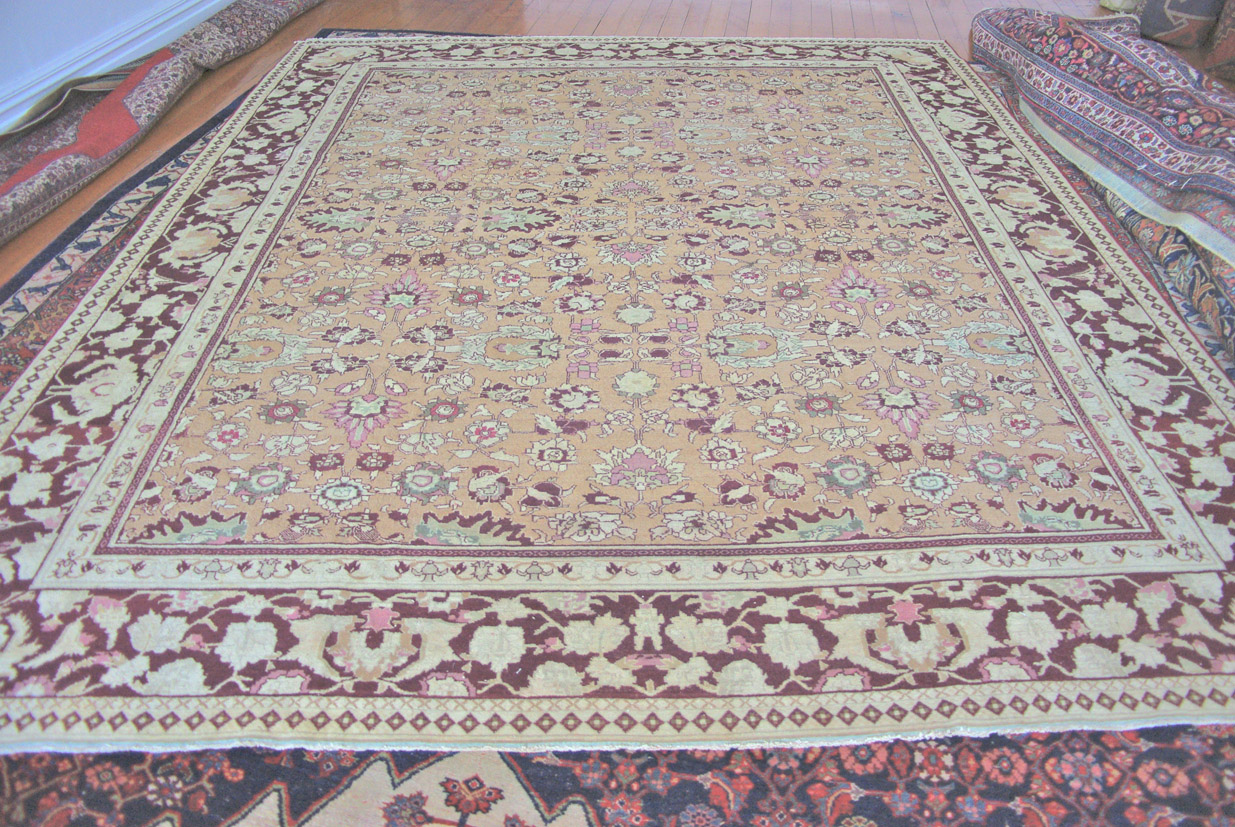