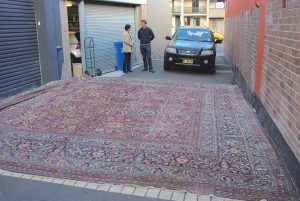 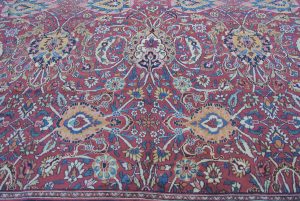 The city Meshed has for centuries been an important trading and market centre in eastern Persia. Carpet weaving workshops were established there around the middle of the 19th century to cater for a burgeoning demand for oriental rugs as floor coverings in the West.

In character, the rugs produced in the Khorassan province are often similar in their design and colour to those of Kirman. Elegantly drawn arabesques and palmettes featured prominently in the composition and the overall colour tendencies were towards the reds with a bluish cast. The spectacular large carpet has been reduced in length. 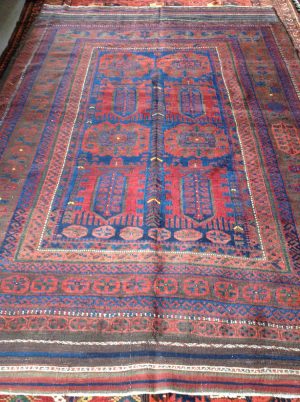 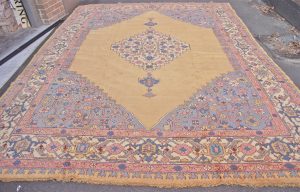 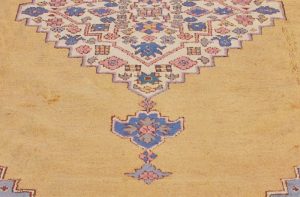 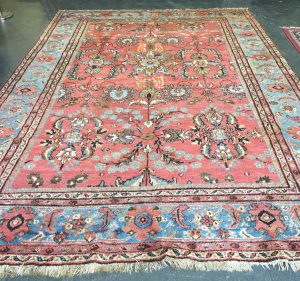 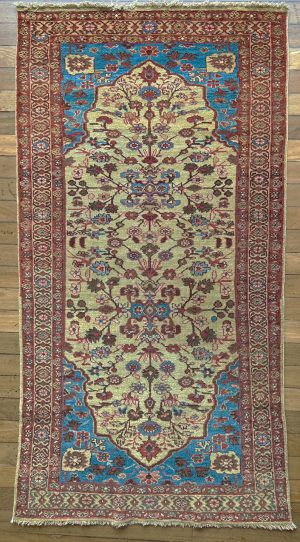 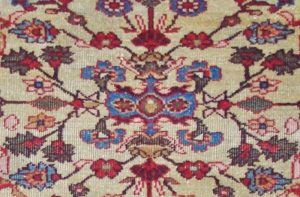 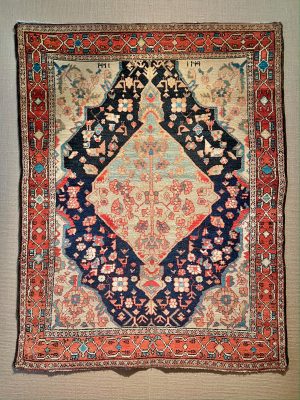 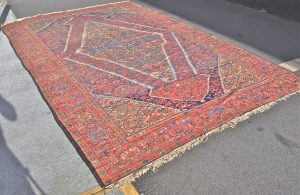 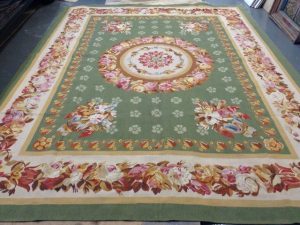 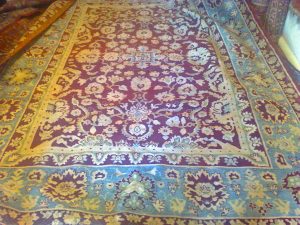