The Bakhtiyari are considered by many to be part of the Luri group and indeed speak a dialect of the Lurs language.
The distinctions between the tribal weavings of the two groups, Luri and Bakhtiyari, remains unclear.
There is however a third weaving group attributed to the villages of the Chahar Mahal district which are populated by the Bakhtiyari and other groups of Kurdish and Turkish speakers who have nevertheless adopted Bakhtiyari garb and custom.
These village weavers use cotton for warp and weft.
This piece belongs to the last mentioned group. It displays a charming version of the very popular garden design with use of camel hair in the field. 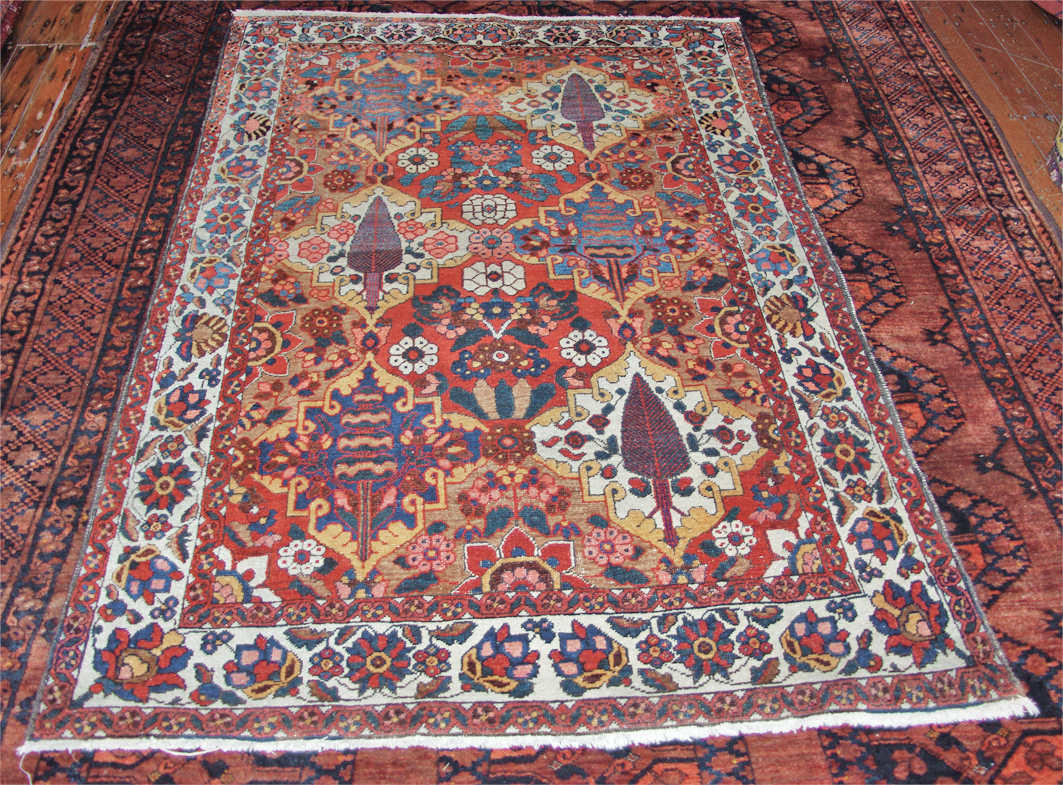