The rugs of the northern Caucasus are generally finer in their knotting, shorter in pile and show more often small scale repeating patterns when compared to their counterparts from the south such as the Kazaks and Karabaghs.
This is a sparkling small rug featuring a prayer arch (mihrab) and a wonderfully exuberant array of stylised motifs, horned animals parading around the border and boteh-like plant or fruit forms in the field. 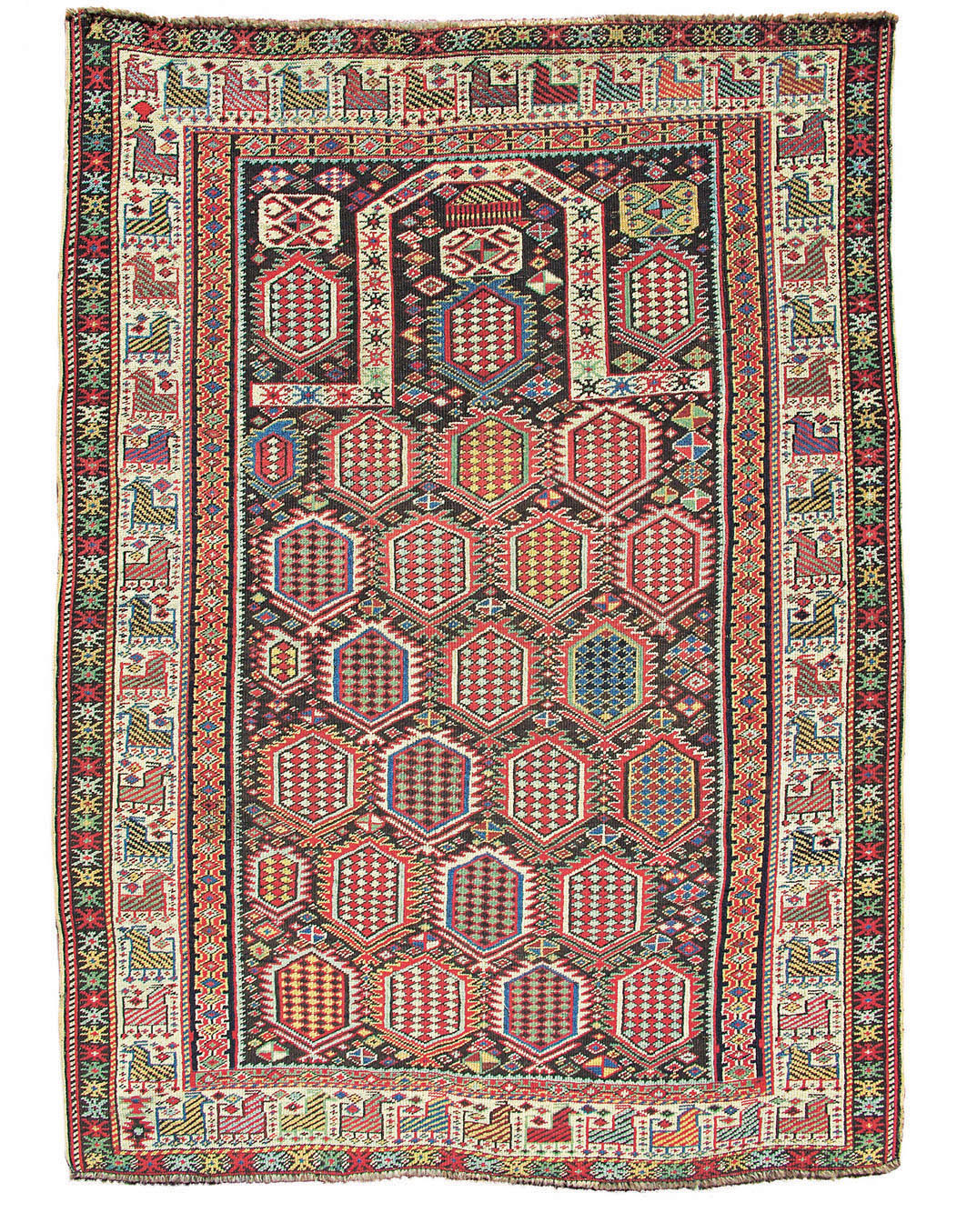