The Caucasus is a melting pot of different tribal and ethnic groups. Prominent amongst the rug weavers are the Azeri Turks, the Armenians, the Kurds and the Talish.
With its long pile and relatively coarse knotting, this Kazak rug is typical of much weaving in southern Caucasus.
It displays one of the classic 19th century Kazak designs, known variously as a 'chondorezk' (possibly a village name were such rugs were woven) or, more graphically, as a 'cloudband' Kazak making reference to the chinese cloud motifs in the central medallions.
Like the best of Caucasian rugs of this period it is bold and vibrant featuring charmingly stylized animal and human forms as minor motifs scattered through the field. 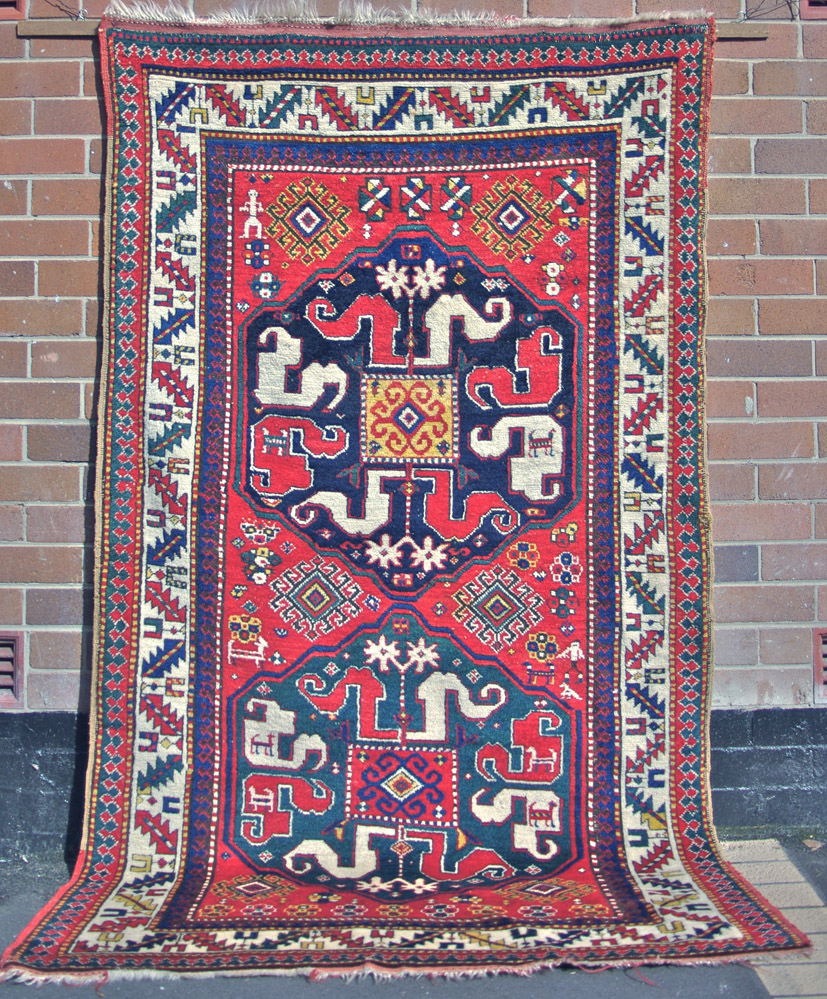