For devout Moslems, particularly those who led a nomadic existance, the prayer rug or kilim was often their most treasured possession and the highest expression of their religious aspirations. It was the sacred space upon which they prostrated themselves, facing Mecca, and prayed seeking a level of awareness in close contact with God five times a day. However, not all were used specifically for prayer as they were also items of prestige to be displayed.
Many Baluchi prayer rugs feature the tree of life on a camel ground field below the mihrab (prayer arch). Although the symbolism of the tree of life has many interpretations, a common Islamic view was that it represented the worshipper’s ascension towards heavenly ideals and that the branches were seen as the stages of realisation through the worshipper progressed. 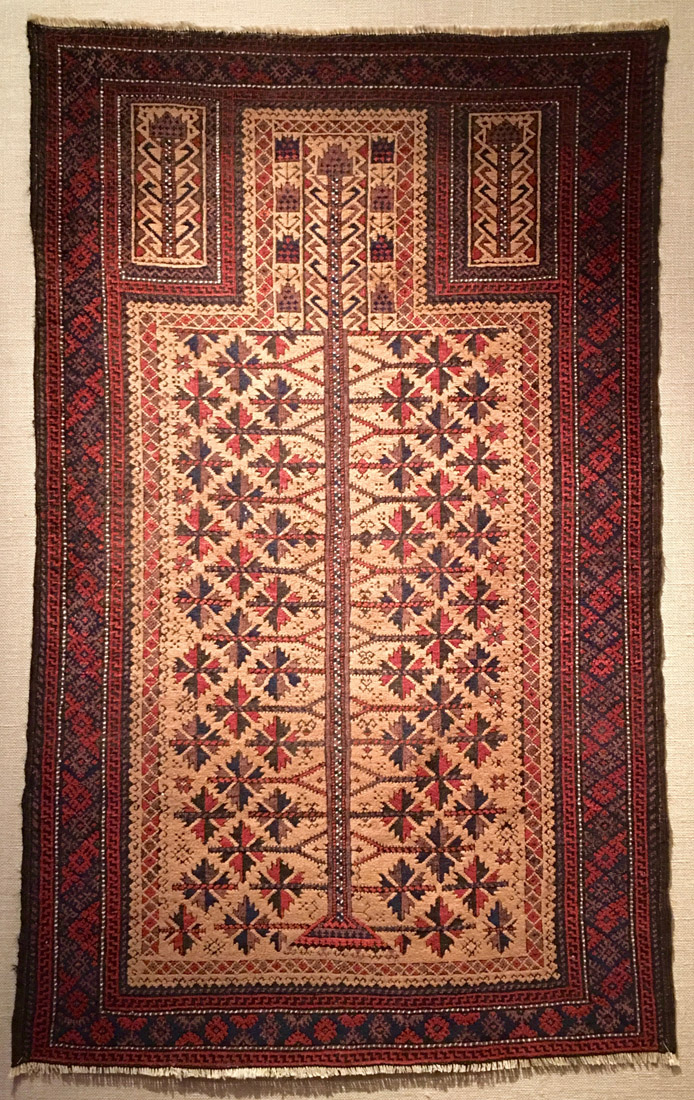