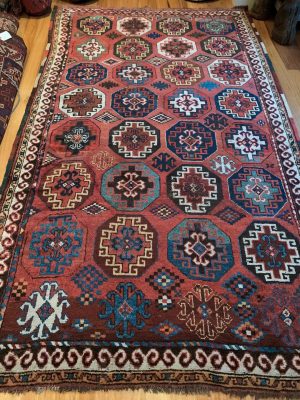 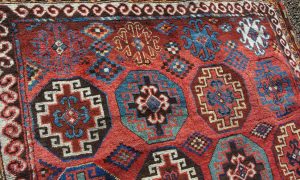 The Kyrgyz are a Turkic-Mongol people who live primarily in the mountainous regions of Central Asia, where their traditional livelihood was that of pastoral nomadism.

Carpets knotted by Kyrgyz people are relatively rare and until recently were often acknowledged under the general banner of Turkmen tribal groups.

The so-called ‘memling gul’ hooked medallions in the field are freely drawn and contain wonderful variations in colour and form. Indeed, there is a very wide range of colours, red, blue, green, yellow, ivory, brown and aubergine with a dark palette. This is a prime example of Kyrgyz weaving, relatively coarse in construction and long piled. 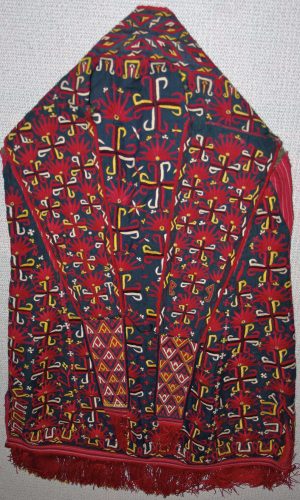 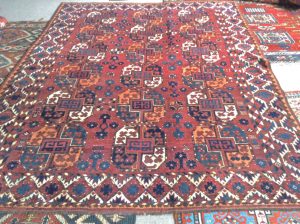 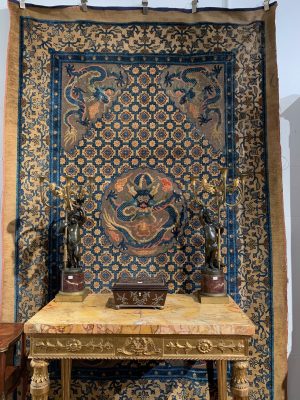 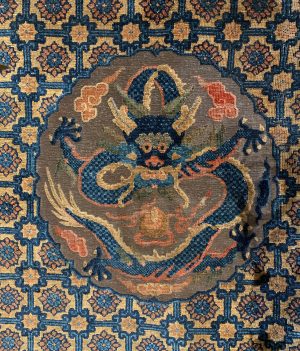 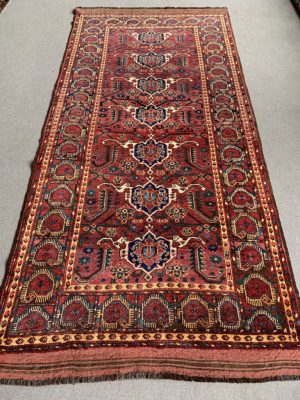 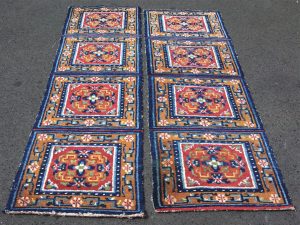 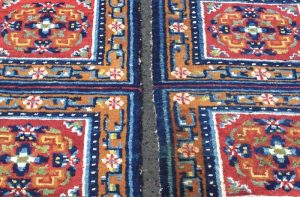 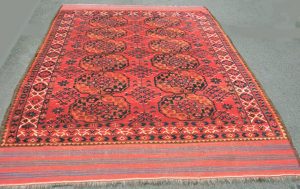 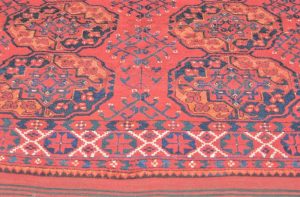 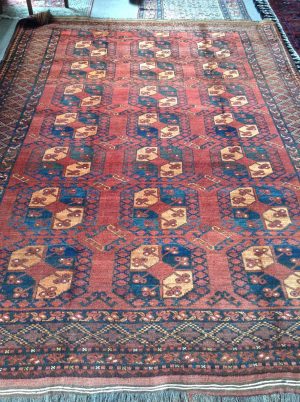 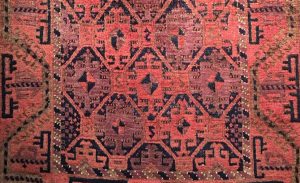 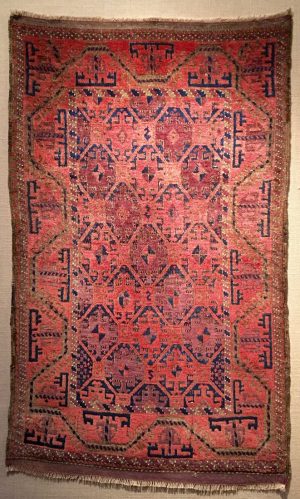