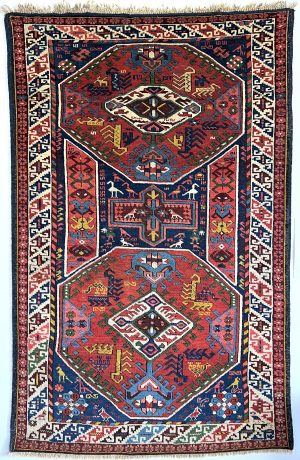 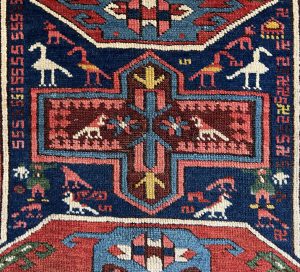 A gem of a small Kuba rug from the eastern Caucasus dominated by two octagonal medallions containing what are recognised as the vestiges of earlier stylised dragon and phoenix motifs.
These were often represented in flat woven sumaks referred to as ‘dragon sumaks’, many attributed to the 18th century. There is a plethora of other stylised animal and human figures which along with the vibrant natural dyes, add to the undeniable charm of this piece. 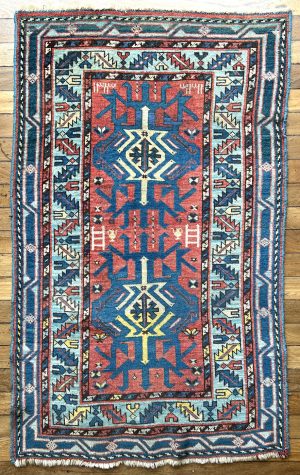 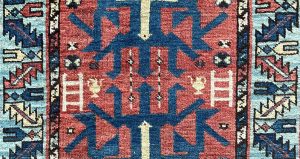 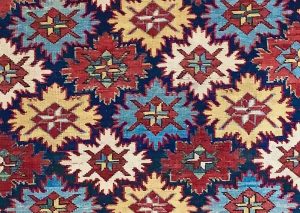 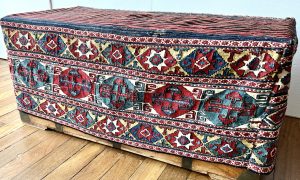 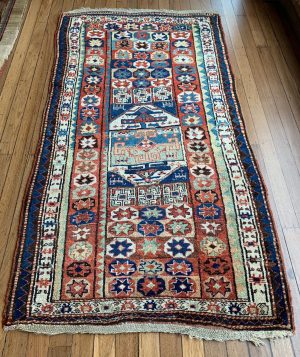 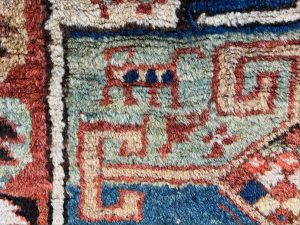 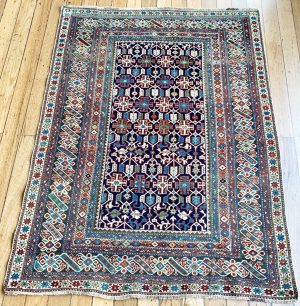 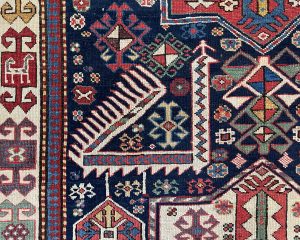 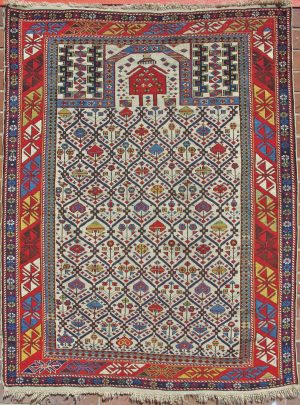 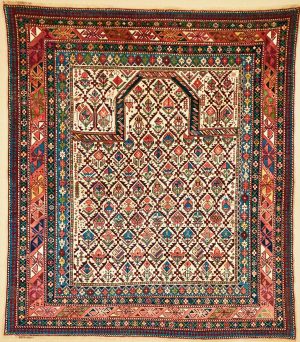