Sultanabad was the old name for the township of Arak in central Persia. During the second half of the 19th century carpet production expanded in catering to a burgeoning European taste for the designs and palette of rugs from this area.
In 1883 a Manchester based Swiss firm, Ziegler & Co, established offices and played an entrepreneurial role in the production and marketing of these very decorative carpets which influenced many designers, including William Morris, in the Arts and Crafts movement. 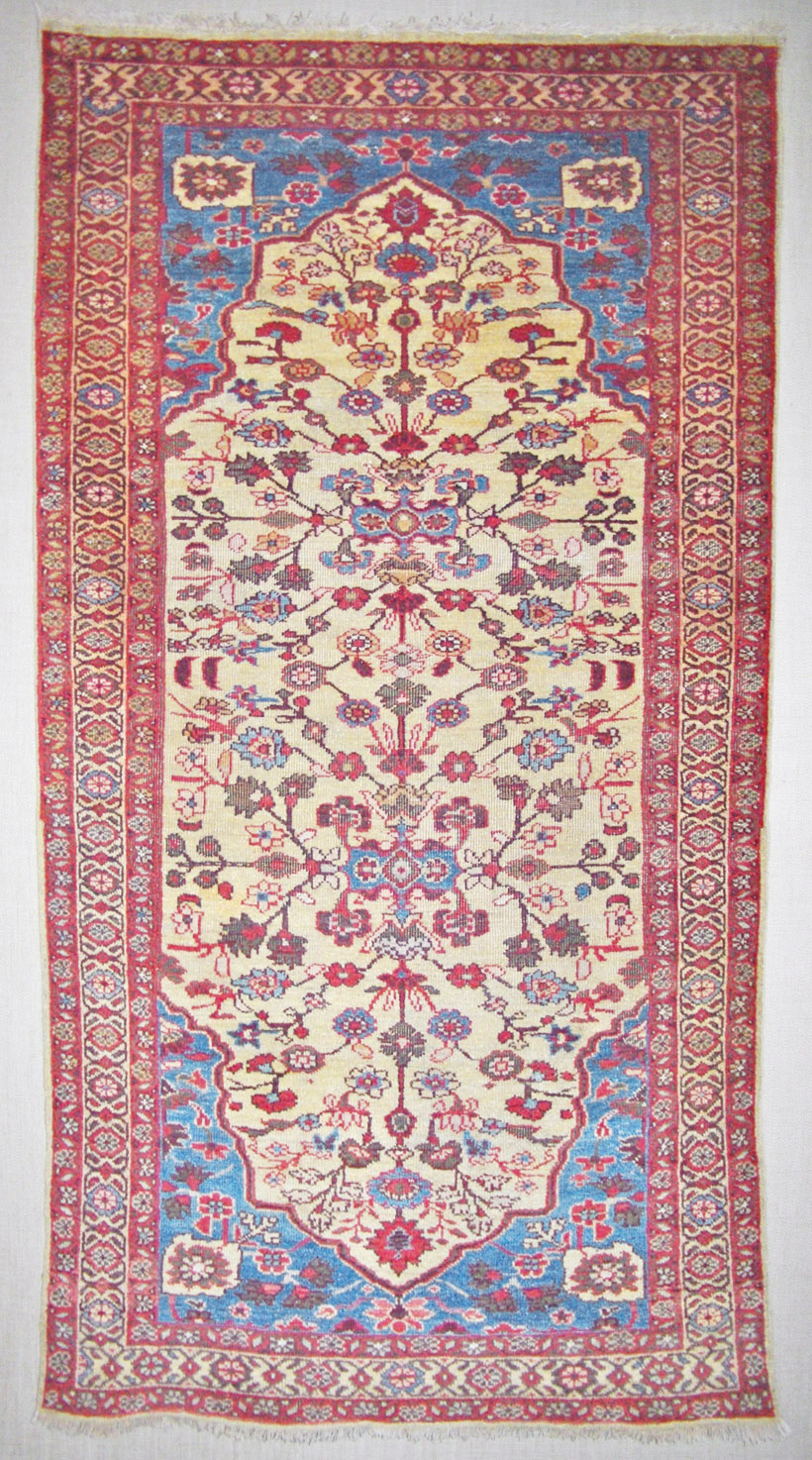