The Tekke were one of eight or so different tribes of the Turkmen people who inhabited the area that is now part of the independent states of Turkmenistan and Uzbekistan as well as Afghanistan.
The principal motif in most Turkoman artefacts is the ‘gul’, an octagonal medallion repeated in a grid across the field of the rug.
In the 19th century the Turkoman tribes used the ‘gul’ as a kind of totem particularly in their tent main carpets.
Main tent carpets such as this were the most important artefact in the yurt - the Turkmen tent. They were brought out on special occasions as when entertaining honoured guests and laid at the back of the tent to sit on.
This is an early and beautifully proportioned example using naturally derived dyes. 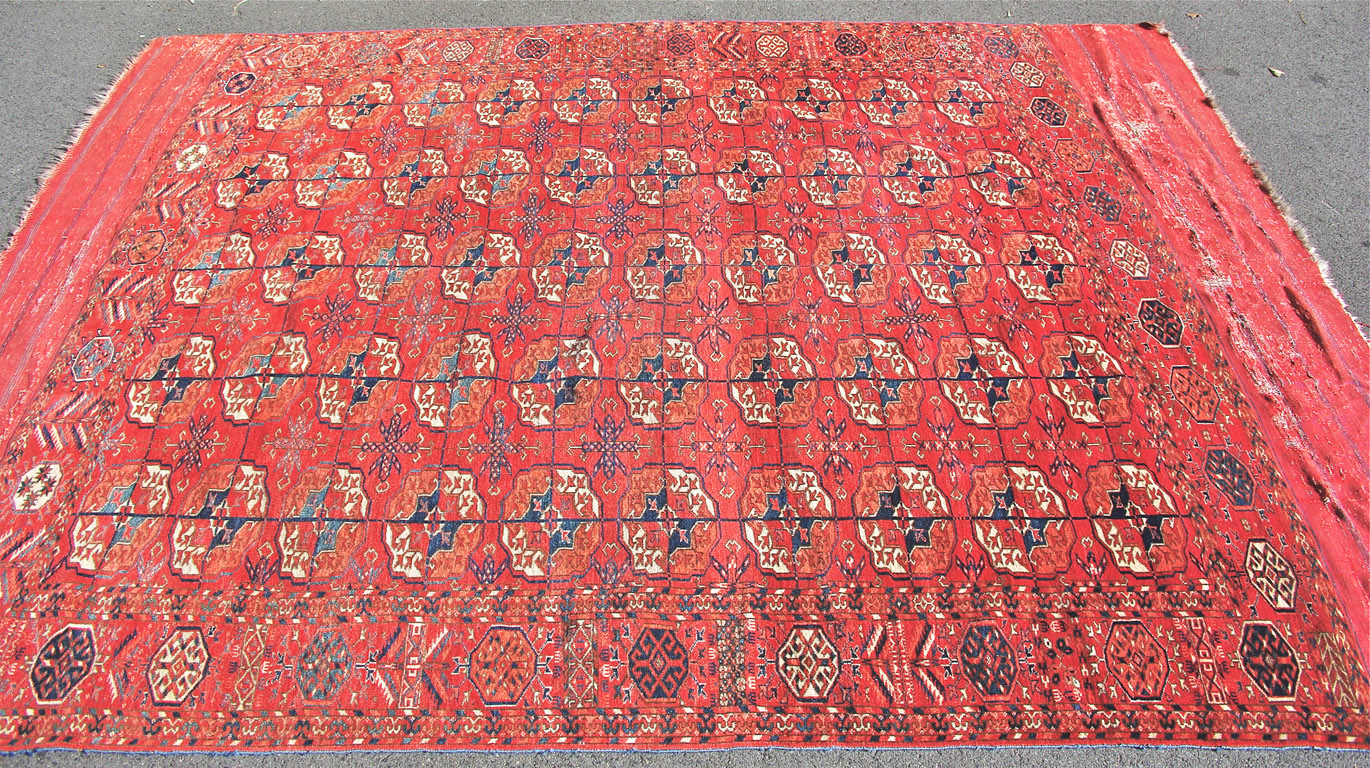