Caucasian prayer rugs were certainly not universally used for prayer and perhaps more widely recognised as items of status. The lattice and flower composition is typical. The flowers here are less stylised than in the other prayer rugs in this exhibition. It features , more recognisable floral forms such as carnations and lilies.
Few other 19th century rugs can match the immediate visual splendour of such village rugs from the Caucasus. 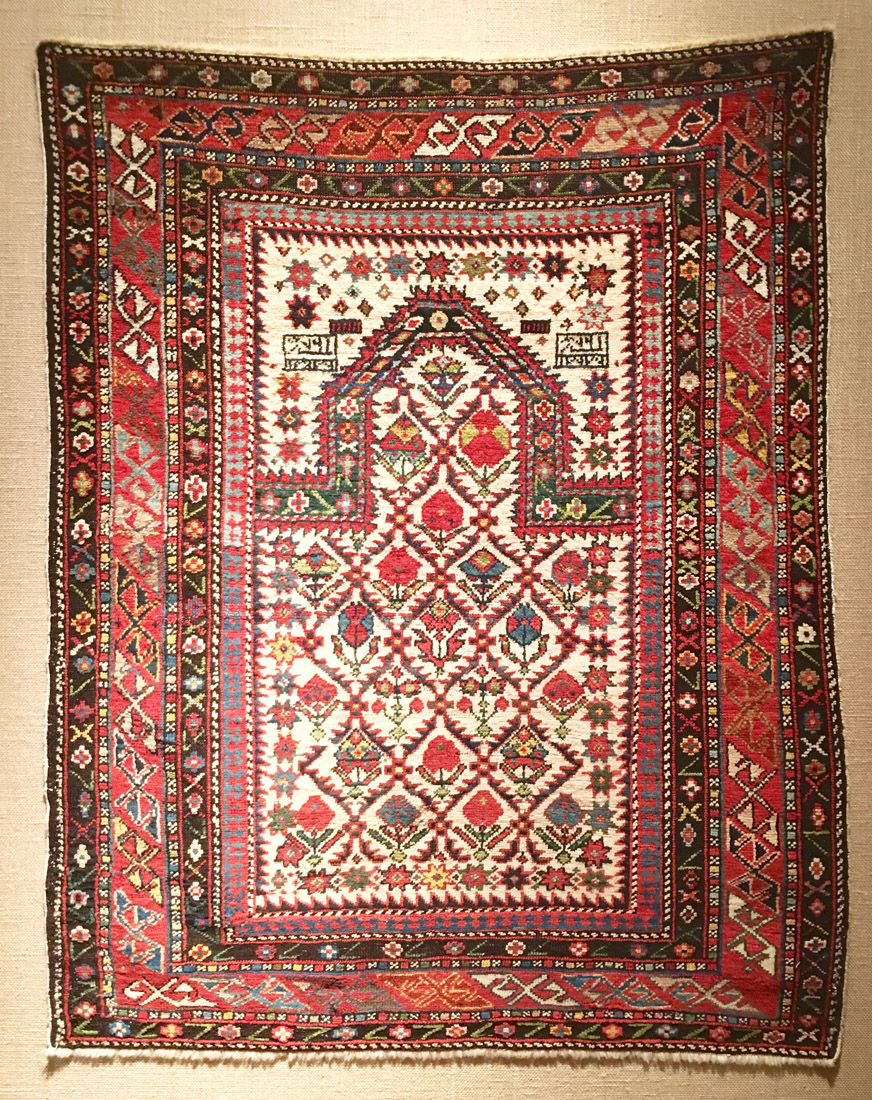