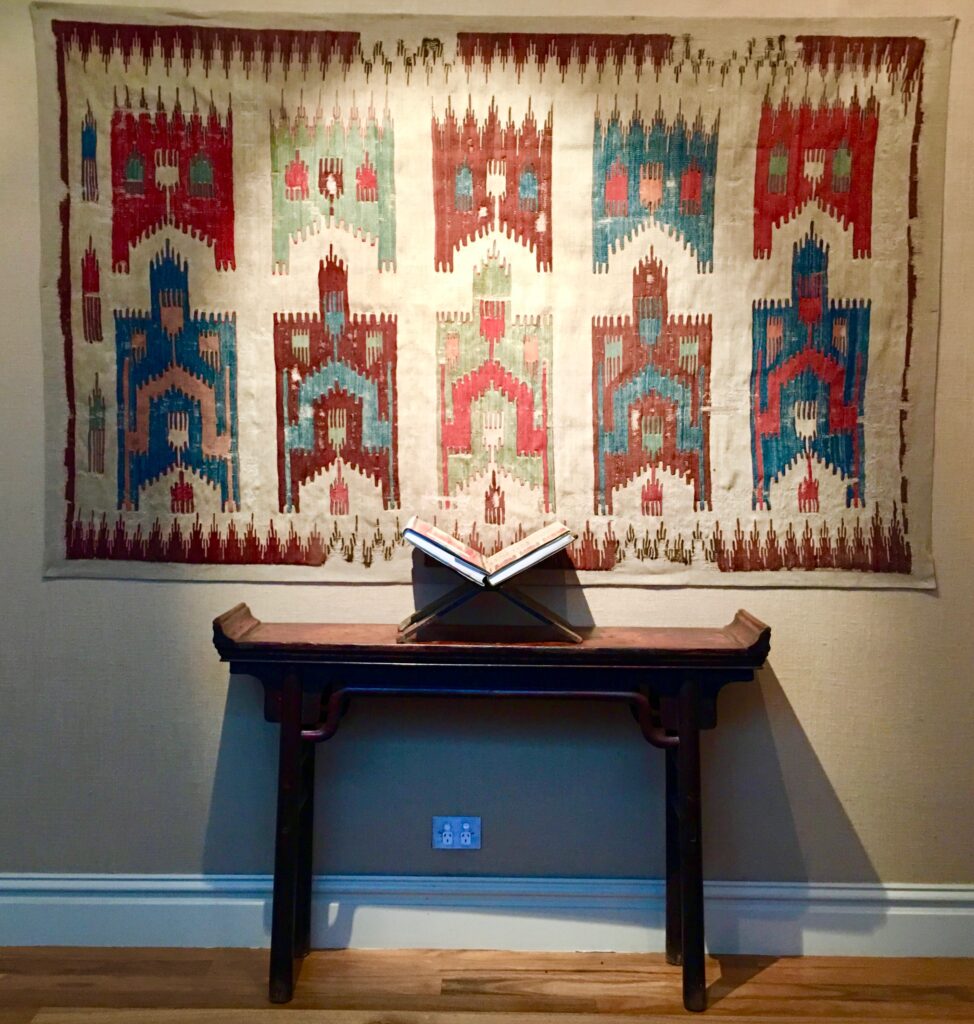 The multiple niched prayer kilims, saf, are a uniquely ancient Anatolian concept. A saf refers to prayer rugs with several niches or mihrabs side by side implying that several people would use the rug. It is also a military term which refers to a rank or line of soldiers. The design arrangement is seen as directional and viewed on the horizontal.
There are few kilims of this group as visually powerful as this one. One of the greatest saf kilim examples without doubt is in the McCoy Jones Collection in the San Francisco Fine Arts Museums and published in Anatolian Kilims, pl.1. There are many saf variations on early Anatolian examples of which this is arguably one of the earliest and most beautiful.