The Feraghan plain lies outside the township of Arak (formerly Sultanabad) and has been significant in the production of village rugs since at least the early 19th century.
The field of this large carpet features an all over small repeating pattern of rosettes in diamonds surrounded by curled leaves, traditionally referred to as the ‘herati’ field pattern.
Large concentric diamond medallions are superimposed on the field.
The main border comprises palmettes and linking tendrils and is similarly known as the ‘herati’ border pattern.
Like most old Feraghans, it has a wide and attractive palette.
There is a great deal of vitality in these colours yet the overall effect is quite harmonious.
Production of such Feraghan carpets ceased around the turn of the century. 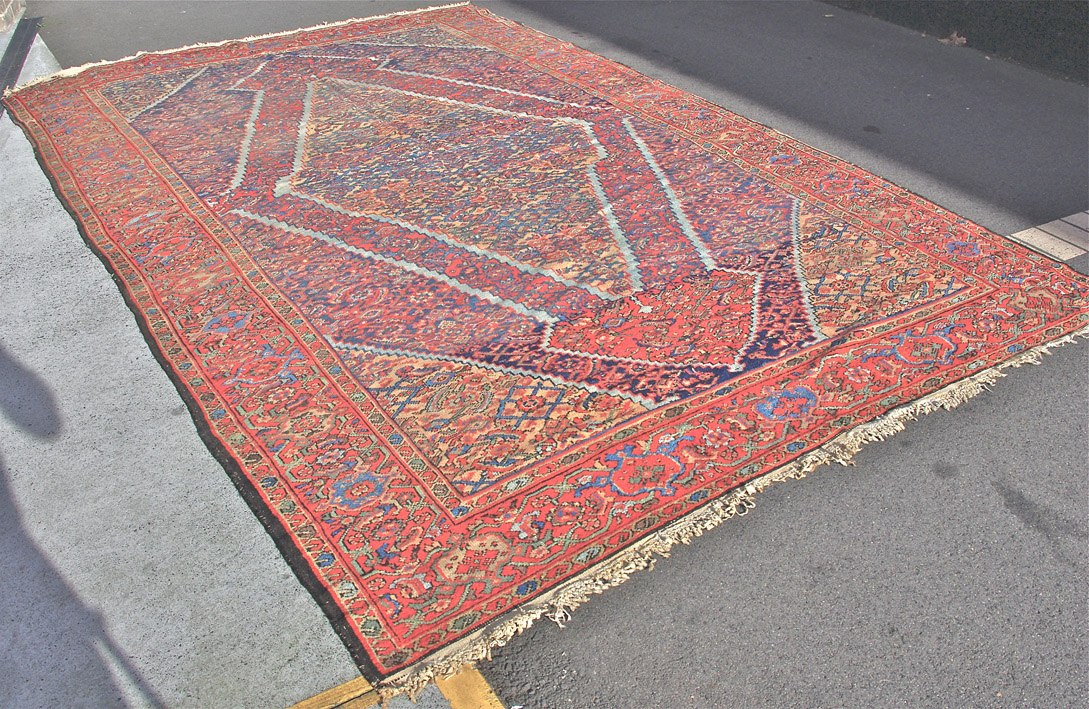