One of a rare group of ‘town workshop’ prayer rugs. They are known as re-entrant prayer rugs whilst a ‘key hole’ niche is also included at the bottom of the field.
Usage has obliterated the bottom half of the rug containing the re-entrant ‘keyhole’ in this case. cf. in Kirchheim’s ‘Orient Stars’ collection (plate 169).

The layout at the top of the field in both pieces comprises the eight pointed stars, the stepped mihrab, the strange figures with outstretched arms and the niche outlined as a border.
In this case, there is an arabesque main border but technically the two rugs appear identical.
Examples of such re-entrant prayer rugs appeared in the 16th century paintings by Giovanni Bellini, hence the appellation. 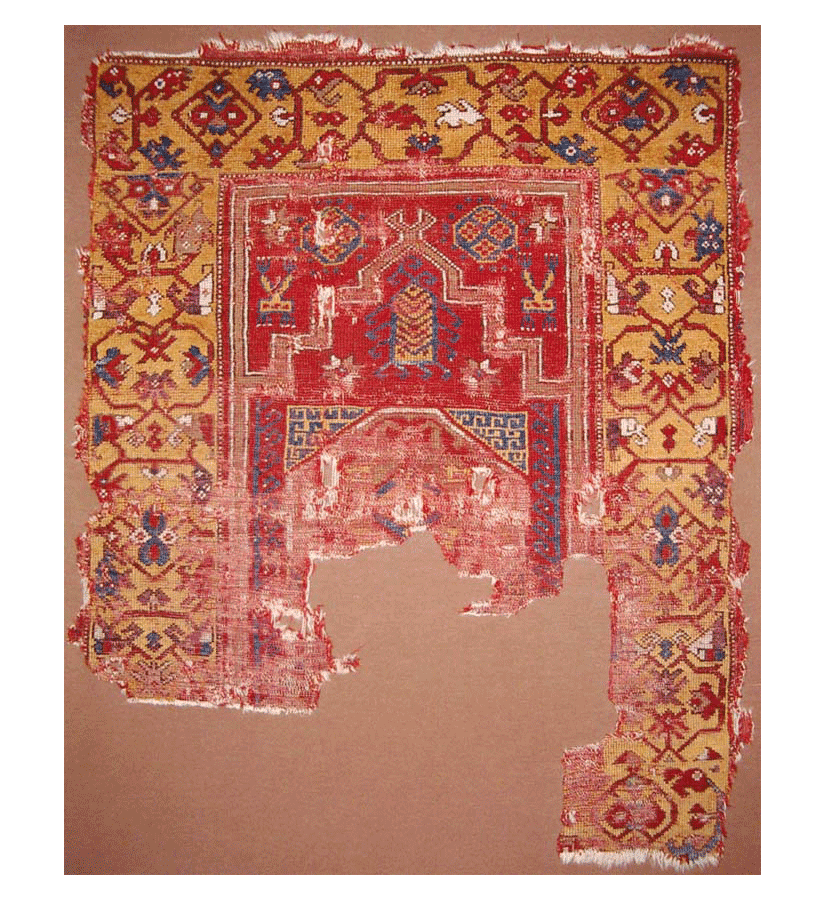