The mainstream of Baluchi weavings are readily identifiable through their glowing palette of madder reds, browns, aubergine and in the case of the prayer rug, their use of camel hair in the field. The rug in the front shows clearly the influence of Turkmen design with the 'Salor' gul and is charmingly enhanced by the inner border of stylised horned animals. 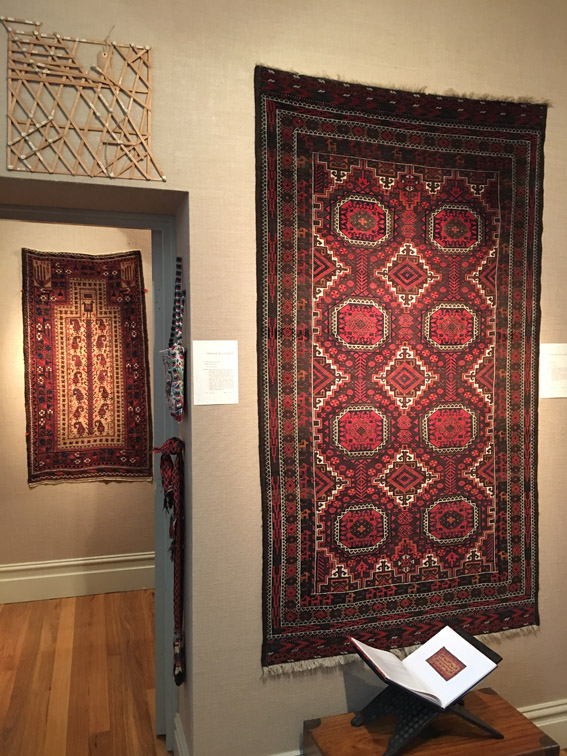