This is the larger bottom piece of an oval shaped set of rugs which went with the wooden saddle. Usually a felt would separate the bottom double rug as seen here from the horse and the smaller top rug would sit between saddle and rider.
This larger bottom piece was invariably woven in two pieces and later joined with a strip of cloth in the middle.
The field design is possibly a stylised shrub although some sources make reference to it as ‘frog’s footprint’ as it is called locally. The sparseness of design, the absence of synthetic dyes and coarseness of weave are features of earlier examples. 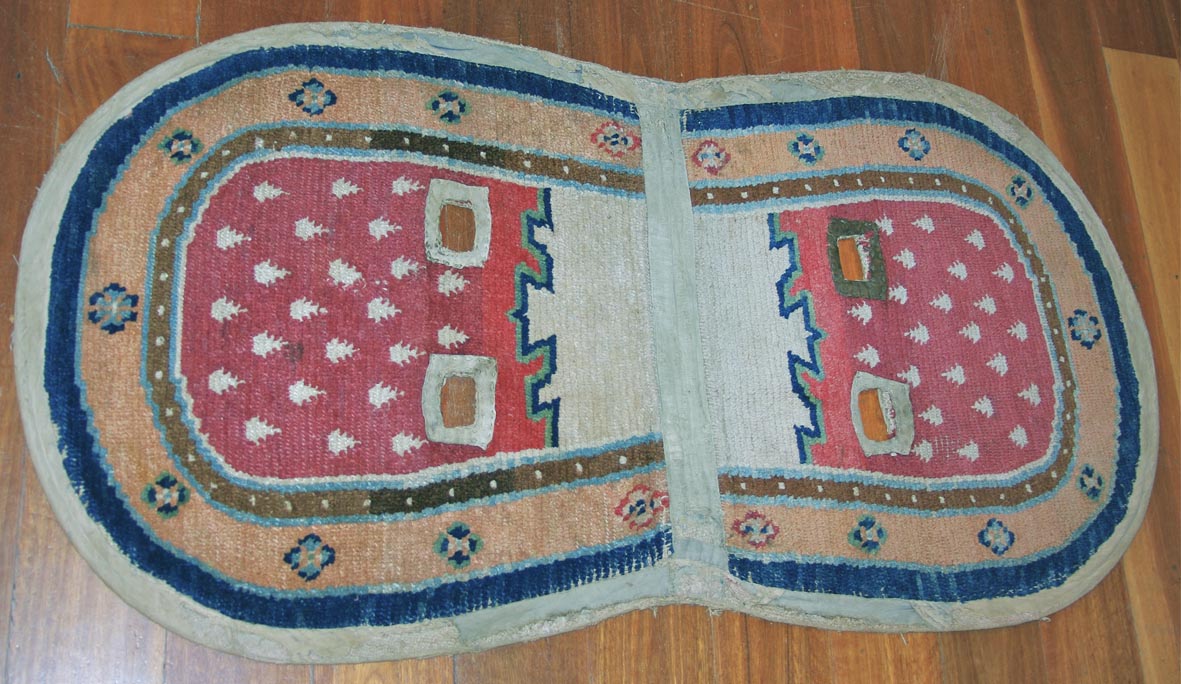