Such rugs are often referred to as Gabeh, although in most Gabeh rugs the weaving is coarser and the pile longer.
They are, however, in their peculiar artistic logic completely unlike most other oriental rugs and sometimes are more akin to western minimalist art.
They were made by women of the Qashqa’i, the Luri and the Khamseh tribes of southern Persia. This particular dice pattern is often associated with a sub group called Mamassani.
There has been a recent resurgence in the manufacture of modern ‘Gabeh’ style rugs but they the lack spontaneity of the early examples and often appear contrived. 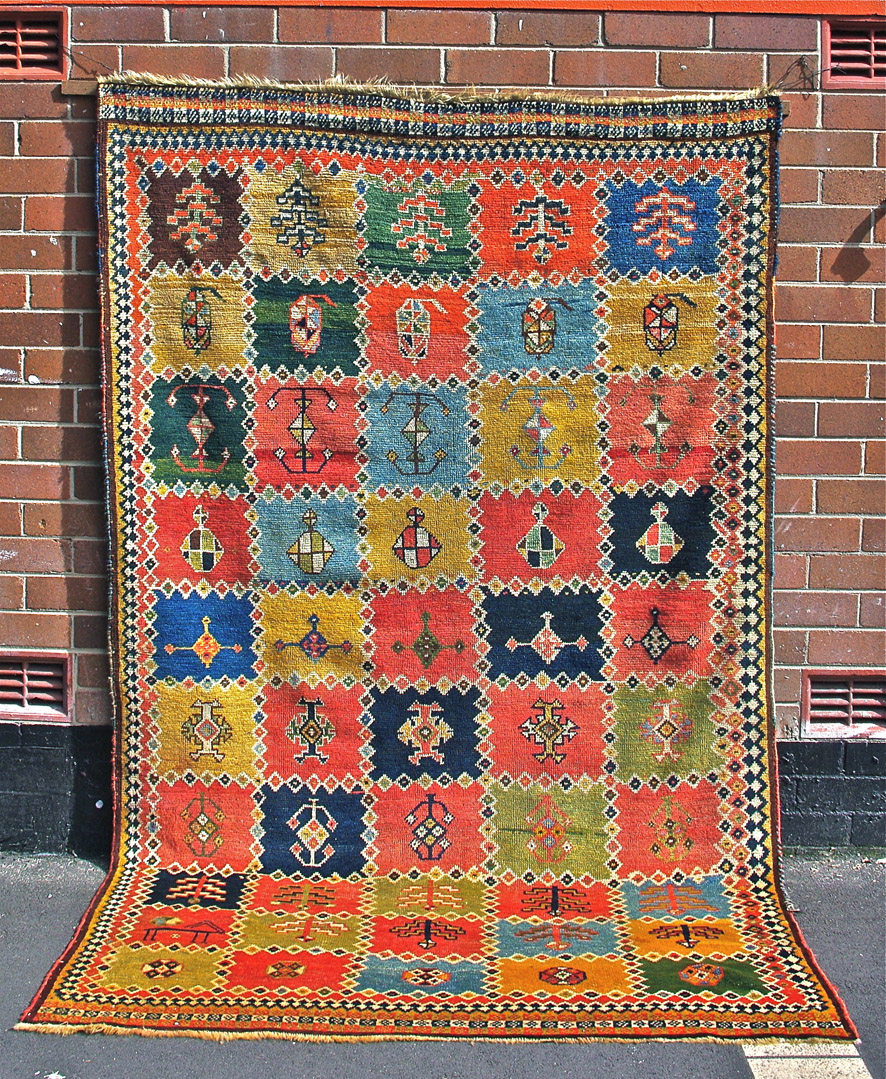