A predominantly Kurdish township in western Persia, Bidjar has had a long association with rug making.
Whilst many carpets were made here and in the surrounding villages, designs were not often copied directly from cartoons as with large carpet production in urban workshops.
The motifs were taken from samplers or passed down from generation to generation as part of the weaver’s repertoire of design.
As a consequence, Bidjar rugs tend to display an angularity of drawing and a much greater degree of vitality and spontaneity.
This is an old rug of very fine quality displaying a central medallion with the so-called herati border and field pattern in muted tones. 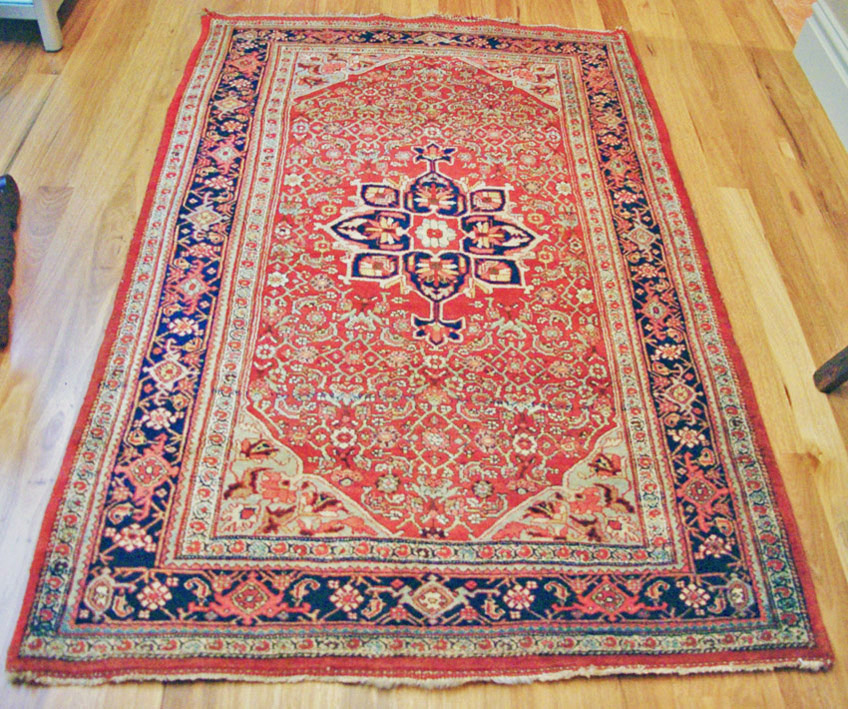