Many tribal rugs became popular items in the west and arrived in relatively large numbers around the turn of last century. Baluchis, in particular, appear quite often in the paintings of the orientalist school depicting scenes from the East or north Africa, reflecting the vogue in Europe where many of these works were actually executed.

This rug, like many of those earlier arrivals, is attributed to the Torbat-e-Haydari region of eastern Iran. The all over design of typically stylised angular palmettes have probably emanated from earlier design types in Persian court and workshop carpets and the so-called ‘split palmette’ motif. 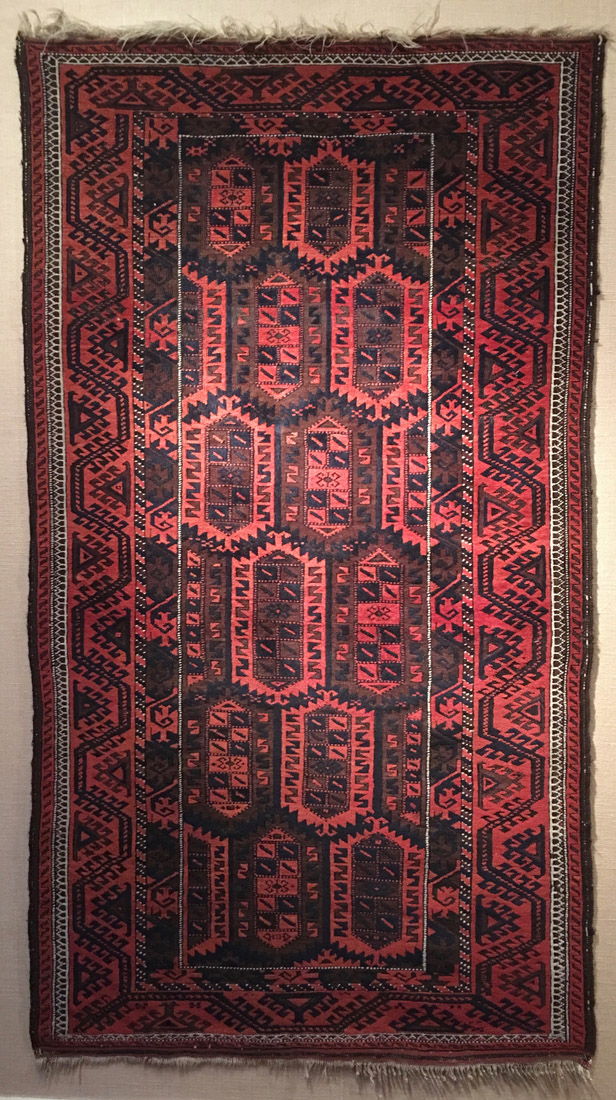